Habits that can help ODs for Career Success

The Free Dictionary says “habits are a recurrent, often unconscious pattern of behavior that is acquired through frequent repetition”

In the three definitions above there are a few keywords that have occurred more than once: pattern of behavior, repetition, frequent, and subconsciously. These are all the keywords that are used to describe habit perfectly. Habit is when you are triggered by a stimulus, this could be a location, ascent, time of the day, emotional state, belief, or some sort of stimuli like that. It can be a small thing such a ringtone or even texture of something. This can be slightly related to classical conditioning.

Classical conditioning and the nature of habit can be credited to Ivan Pavlov. This is almost similar to forming a habit. In psychology the word habit is often used to relate to a process in which some sort of an incident can automatically prompt a response from you, the incident and the action would be similar to the one that has happened several times before. This is exactly opposite to a conscious behavior in which a person has to put in the considerable cognitive effort. For example, filling out a form or driving to some new place. Habit is more of a subconscious element; this means that it is mostly ruled by the impulsive processing system of the brain where you have to rely very less on effort, control, intention or awareness.

The habit formation process is automatic. These habits become old habits and they eventually turn out too difficult to break.  However, through repetition new habits can easily replace the older ones.

The tough this about the science of habits is that they take some time to change, though the people wish to acquire them almost immediately. However, it is not that easy. The formulas exist for changing habits but the problem is that they are more than one.

Individuals and their habits are different from one another. This is why the rate at and the way in which the habit is changed is dependent from person to person.

However, all this does not mean that the habit cannot be changed. It just means that you will need to work harder and have more patience in order to succeed.

You will have to understand the loop in which the habit resides. This becomes almost instantaneous. First, you will have to come to a realization that this is a habit and then try to look for ways that will replace that habit if you wish to. Though, it is not all that easy will take time.

You keep prolonging the change to the next day, but when that day comes you shift it to the next day and give in to your habit. This means that there is a habit loop that you need to find a fix. The first step is to identify the routine, then seek out the motivation behind the habit, and at the end ask yourself the reward that the habit brings and is it worth keeping the habit for.

Rewards are extremely powerful because they are the reasons why we have certain habits in the first place. When you have a habit that you want to change, you have it mostly because it is something that satisfies some sort internal demand of yours.

3. Figure out the cues

On an everyday basis, we are bombarded with so much information and stimuli around us and the fact that we respond to each and every one of them will disallow us from understanding the cues that form our habit. They can be divided the common cues into the following different categories:

Use this list and fill out information regarding your surroundings and feeling on this list every day for a week. By the end of the week have a look at how you fared and what you discovered. It is a possibility that at least one word will be the answer to your cues to your habit.

The key to a successful change of habit is planning. When you plan you a certain guideline you can follow throughout the day or during a certain part of the day.

Want to join the discussion?
Feel free to contribute!

Instagram did not return a 200. https://www.instagram.com/corporateoptometry/?hl=en
Followon TwitterSubscribeto RSS Feed 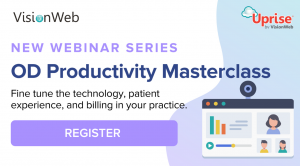 This advertisement will close in
Scroll to top